Exactly How Eco-Unfriendly Are Those that Sell Vinyl Records? 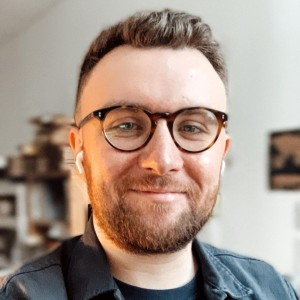 There’s no getting away from the fact that vinyl records are back in a big way, with those selling vinyl records seeing the best numbers for 30 years. Despite the emergence of online streaming services, there are many who – rightly – think that vinyl offers a better audio experience that literally makes you feel like you’re enjoying the music live!

But what of the environmental damage vinyl causes? It’s full of plastics, right? Well, it is, but the situation is not quite as black and white as that. In this blog we take a look at how vinyl records are made, what threat they actually pose to the natural world and the steps that are being taken to minimise it.

In fairness, the traditional process of manufacturing vinyl records is quite a messy one, involving techniques like electro-forming (a.k.a. Electro-plating), lathe cutting, lacquering, steam heating and more. Then there’s the fact that vinyl often contains PVC (created from fossil fuels), lead or cadmium – both toxic substances.

Initially at least, it appears that vinyl is far from a planet-friendly substance, however vinyl records are not as bad as they seem. These issues only exist during production and people tend to sell vinyl records multiple times, with each one having many owners during their lifetime.

Sure, new records are being manufactured, but studies show that the PVC they contain accounts for less than 0.5% of global production. What’s more, once they have been manufactured, many become sold and resold time and time again.

A lot of work has also been done to explore environmentally sound manufacturing alternatives, with what’s known as ‘ocean vinyl’ making use of recycled plastic retrieved – you guessed it – from our oceans. Just a couple of years ago, Nick Mulvey (of Portico Quartet and Mercury Award Nomination fame) was the first to release a single using this medium.

Injection moulding is another eco-friendly alternative that was discovered by a Danish group known as Green Vinyl. The technique could potentially make the pressing process as much as 70% more energy efficient than traditional means. Progress is being made, albeit at a slow pace.

Streaming Music Is Not Without Its Eco-Concerns

What shouldn’t be taken for granted, however, is that streaming music is some kind of amazing concept that has absolutely no impact on the environment, because that’s simply not true.

When compared to selling vinyl records, the energy that’s required to run servers and charge smartphones means that its carbon footprint is on the hefty side.

Even when the energy to run your average record player is taken into the equation, it pales into insignificance when compared to the powerful server farms that are required to store and stream billions upon billions of music data files for customers to access on demand.

As we briefly touched upon earlier, there’s something special about vinyl – something that makes people appreciate and sell vinyl records over and over again.. There’s a magic about records that makes exclusive items highly valued and this ‘recycling’ process represents a cyclic economy that streaming services just can’t match.

Our very own Retro Store UK subscription service that supplies our customers with the very best vinyl out there is a great example of this, with people able to appreciate and enjoy their favourite bands and artists on this timeless pre-owned medium. This gives records a 2nd, 3rd, 4th or even fifth life.

That’s absolutely something to shout about in this disposable world we live in.

Is vinyl 100% eco-friendly, of course not. Are those who sell vinyl records contributing to climate change? Don’t be silly! While the idea of a product that has zero carbon footprint and no environmental damage might sound great, there’s no such thing as a product that offers it.

While the vinyl naysayers will point to the manufacturing process and the plastics in our marine environments, they’re missing the bigger picture. Records don’t represent the kind of one-use plastic that’s causing the problem.

Also, streaming is far more damaging to the planet due to the sheer amount of power that’s required to store the music and play it on the billions of devices people use.

Given everything we’ve mentioned, it wouldn’t be a stretch to say that selling vinyl records actually represents the eco-friendly option, if only because of the way records are appreciated and then recycled for someone else to enjoy.

All that and they offer a superior listening experience. Sounds like a win-win to us!

You already know that your record collection is not just about the music. The joy of vinyl is that it gives pleasure to every sense.

Find us on the web

Find us on the web

Get 10% off with code GATEFOLD at checkout! 🎧